ADHD and Creativity: Is There a Link?

Although we may largely hear of ADHD as a neurodevelopmental disorder that causes ‘deficits’ and difficulties for those with ADHD, there are also a variety of skills and abilities that those with ADHD can have that are far more advanced than those who develop neurotypically. One of these skills is the ability to think creatively.

ADHD typically begins in childhood, with signs of the disorder becoming less apparent in later life. However, in some people with ADHD, their advanced creative abilities last a lifetime. So, what is it that links ADHD and creativity, and how can people with this neurodevelopmental disorder harness its advantages? In this blog, we’ll explore all this and more.

Where does creativity come from?

Creativity is the ability to transcend traditional ways of thinking, imagine new possibilities and to develop original ideas. According to popular view, creativity is largely connected to the right hemisphere of the brain – innovative people are often referred to as ‘right brain thinkers’. However, opposing research has suggested that creative people, such as musicians, also show some left hemisphere brain activity during creative activities. Therefore, it would be fair to say that many areas of the brain are involved with creativity, and there is not one definitive area that is responsible.

We know that ADHD is a neurodevelopmental disorder, suggesting that a brain with ADHD has developed differently to a neurotypical brain. We also know that those with ADHD can often have the ability to be more creative, suggesting their brains are working differently that is enabling them to tap into more advanced levels of creativity. There has been a lot of interest in this area by many neurologists and some research has shed some light on these astounding differences.

How ADHD and creativity are linked

It’s important to remember that creativity is difficult to measure when compared to something like intelligence, so data linking it to ADHD, which is equally complex, can be fairly inconsistent. However, when considering divergent thinking, there is strong evidence to suggest that those with ADHD are exceptionally better at this than those who have developed neurotypically. Divergent thinking is the ability to think of many different and new ideas from a single starting point and it is critical for creativity. There are several potential reasonings why those with ADHD may perform better when presented with divergent thinking tasks:

While there is no concrete evidence that ADHD and creativity are directly linked to one another, there is a large evidence base that suggests those with ADHD have more advanced creative abilities. Many well known musicians, artists and other creative professionals have reported that they have ADHD – but this is not to say ADHD makes a person particularly gifted. In fact, research has suggested that the impulsive and risk-taking nature of an individual with ADHD may have a significant impact on their career choice. With a career in the arts being seen as more risky and difficult to attain compared to other sectors, it might be that those with ADHD are more likely to make this more risky career choice as they harness their impulsive, risk-taking ability. 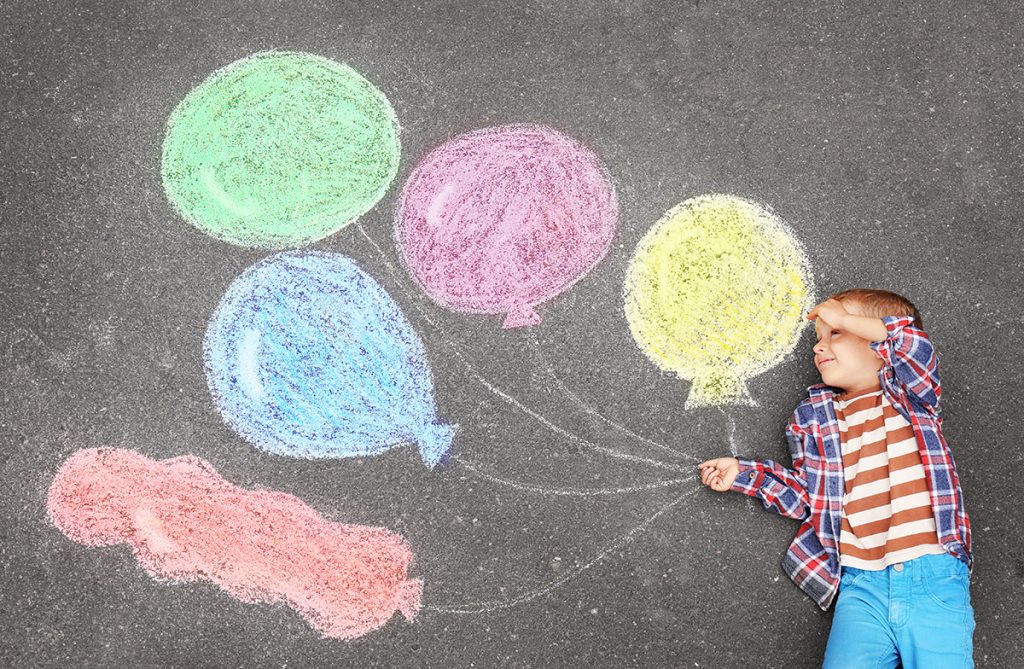 Harnessing the power of ADHD for creative thinking

The first step towards harnessing creative abilities is realising that you have them. If you or a loved one has ADHD, it’s always helpful to encourage creative thinking whenever possible. From there, you may notice certain recurring patterns, preferences or challenges which may inform you further about the person’s creative ability.

For people with ADHD to truly harness the power of creativity, professional support can be very useful. A significant aspect of managing ADHD symptoms is developing a real understanding of them, and this is no different when it comes to the creative parts of the ADHD brain. By understanding your own (or your child’s) cognitive tendencies, you can learn more about the potential benefits of ADHD, encouraging not only a more positive outlook, but potential for real success in creativity.

If you’re unsure about whether or not you are showing signs of ADHD, contact our experts at Psymplicity Healthcare for an ADHD assessment. From there, we can help you understand your symptoms and work towards managing them.

Why Do I Have Low Self Esteem? Proven Methods For Confidence Building

How to Manage Your Chronic Fatigue Symptoms