Book a PTSD assessment and diagnosis and attend your appointment from the comfort of your home. Why choose Psymplicity for PTSD treatment? A quick introduction to PTSD

PTSD can have a huge impact on your daily life, relationships and mental health, but it is treatable, using our three-step process:

We don’t just work with you to diagnose, manage and treat the symptoms; our holistic approach means you’ll have all the tools and techniques you need to manage your PTSD as you embark on your journey to a better you.

Do you need support managing the symptoms dominating your life?

Not sure where to start?

Click the links below to jump directly to the section most relevant for you, or scroll down to see our PTSD blogs, some of the other conditions we can help you with and more.

What is post-traumatic stress disorder?

PTSD can have a massive impact on the way you think, feel and act on a daily basis. Find out more about the condition and what can trigger it here.

What are the symptoms of PTSD?

Because the triggers of PTSD can vary so widely and everyone’s experience of a traumatic event is unique, the symptoms of PTSD often differ. However, there are some common symptoms, which you can read about here.

What PTSD treatment is available?

Milder forms of PTSD can be treated by making lifestyle adjustments, such as getting more exercise and prioritising self-care. For severe PTSD, treatment may include a prescription of medication along with talking therapy. We’ll develop a tailored plan that takes your circumstances, medical history and any underlying conditions into account, prescribing treatment that helps you live a balanced life, not disrupts you further.

Our PTSD specialists have decades of combined experience in diagnosing and treating this condition and have practised in leading institutions in the UK and beyond. Experts in their field, they are dedicated to keeping up to date with all the latest developments in psychiatry to deliver the best care for you — because we know that the right treatment combination can be truly transformative.

I thought I give you my feedback. I was very happy with yesterday session and Dr.Basit. I would like to thank you for your good customer service. You have been amazing and always helpful.
Thank you to all of you for always being so kind and helpful. It really means a lot.
I am extremely grateful to you and your colleagues for dealing with this matter so quickly for me. In addition, I am grateful for a clear steer as to the available options with regards possible treatments in order to improve my situation.
Previous
Next

Book an online appointment with our post-traumatic stress disorder specialists 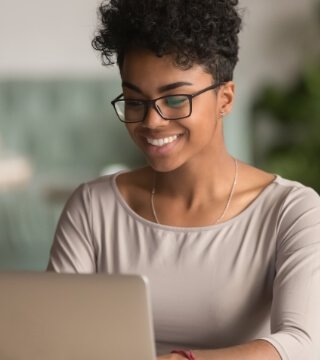 Call us today to find out if Psymplicity Healthcare is right for you.

Clients who have trusted us with their treatment

What is post-traumatic stress?

Post-traumatic stress disorder (PTSD) is a mental health condition that affects around 3 in every 100 people, but it often goes undiagnosed. PTSD usually presents itself after a person has been through a traumatic event where severe harm occurred or was threatened. Common examples include military combat, assault and natural disasters, but PTSD also presents itself in firefighters, car crash survivors and survivors of sexual, emotional or physical abuse.

The symptoms of PTSD may seem similar to those of other mental health conditions, including depression and social anxiety. It can cause people to become withdrawn and anxious or lead them to avoid social situations. Due to the breadth of symptoms PTSD can present, it can be difficult to diagnose and often goes untreated. However, once diagnosed, treatment can be highly effective and many patients are able to fully recover and live their lives free from the debilitating symptoms of PTSD.

Post-traumatic stress disorder can take an enormous toll on a person’s life, leaving them feeling isolated, anxious, and unable to sleep. In many cases, those with PTSD find it difficult to reach out to seek help, since it could mean having to relive the trauma in some way. They may also feel ashamed of their symptoms, so they attempt to carry on with their everyday lives.

At Psymplicity, we know it can be difficult to reach out, but we can assure you that the end result after taking that first step is always a positive one. Whether you have a mild or more extreme case of PTSD, you can rest assured that all kinds of treatment options are available at Psymplicity, and thanks to our years of experience, you’re certainly in the safest hands.

What are the symptoms of PTSD?

PTSD can have a direct impact on your ability to live a happy, healthy and fulfilling life. Without treatment, intrusive thoughts can lead to severe stress and anxiety and disrupt your relationships and career. Below, we outline the most common symptoms of PTSD.

These are just some of the most frequently experienced symptoms of PTSD, but every individual is different and might suffer any combination of these symptoms or very few. At Psymplicity Healthcare, we understand, and we’re here to help. Following a thorough assessment of your symptoms, including their frequency and duration, as well as your medical history, we can diagnose you, relieve you of all the ways these symptoms affect your mental health and help you to finally live a life free of post-traumatic stress.

Book an appointment to see how we can help you banish unwanted thoughts and social anxieties. During your consultation, you’ll receive the diagnosis you’ve been waiting for, along with a bespoke plan of treatment for your condition.

Our practitioners are registered with

The Psymplicity approach to treating PTSD

At Psymplicity Healthcare, we provide an integrated approach to PTSD treatment. We’ll tailor a treatment plan to suit your needs, using psychological treatments such as cognitive behavioural therapy (CBT), Gestalt therapy and medication.

We’ll carry out an in-depth assessment to understand the post-traumatic stress symptoms you experience. Then, following a professional diagnosis, we will create a bespoke treatment plan that ensures that you receive the most effective form of therapeutic treatment. Your treatment plan may also include a prescription of medication to help you manage your symptoms.

Receiving such a high-quality treatment plan can be life-changing for individuals who suffer from PTSD, particularly those who have been suffering for a long time. We’ll make sure you come out of your treatment plan feeling like you again.

Learn more about our unique approach to psychiatry

Following our in-depth assessment and subsequent diagnosis, you’ll benefit from a personalised and balanced treatment approach that prioritises managing your symptoms and reducing the impact of the condition on your life.

To ensure a perfectly tailored treatment plan, we begin with a professional PTSD diagnosis and produce a personalised assessment and diagnosis report, which you’re welcome to share with your GP.

Our experts will evaluate your particular therapy and medication needs and create a bespoke treatment plan that suits you. We have a deep-rooted understanding of the specific benefits associated with each treatment and medication and can talk you through these during your appointment.

PTSD patients need continued care and support, which is why we recommend follow-up appointments to review progress, discuss any concerns and adjust medication doses to help you on your path to recovery.

Meet our specialists in PTSD diagnosis and treatment

Our PTSD specialists are among the best in their field, having successfully treated many patients with symptoms of PTSD (including mild and moderate cases) and related conditions for decades. We know that there is no one-size-fits-all approach and that to provide the transformation so many of our clients enjoy requires a bespoke, holistic plan — one we’re confident you won’t find anywhere else.

What you need to know about PTSD

Read more about PTSD on our blog

Discover the different types of treatment and how they can help, some of the less common symptoms of PTSD and lots more in the PTSD section of our blog.

7 Tips to Prepare for Exams With ADHD

What Are the January Blues and How Can You Beat Them?

Other conditions treated by our experts

Our psychiatric team specialises in the diagnosis and treatment of the following conditions and many others. Each patient is treated on a case-by-case basis, meaning that your treatment plan is unique to you. We have two clinics in London and online appointments available, so contact us today to book yours. 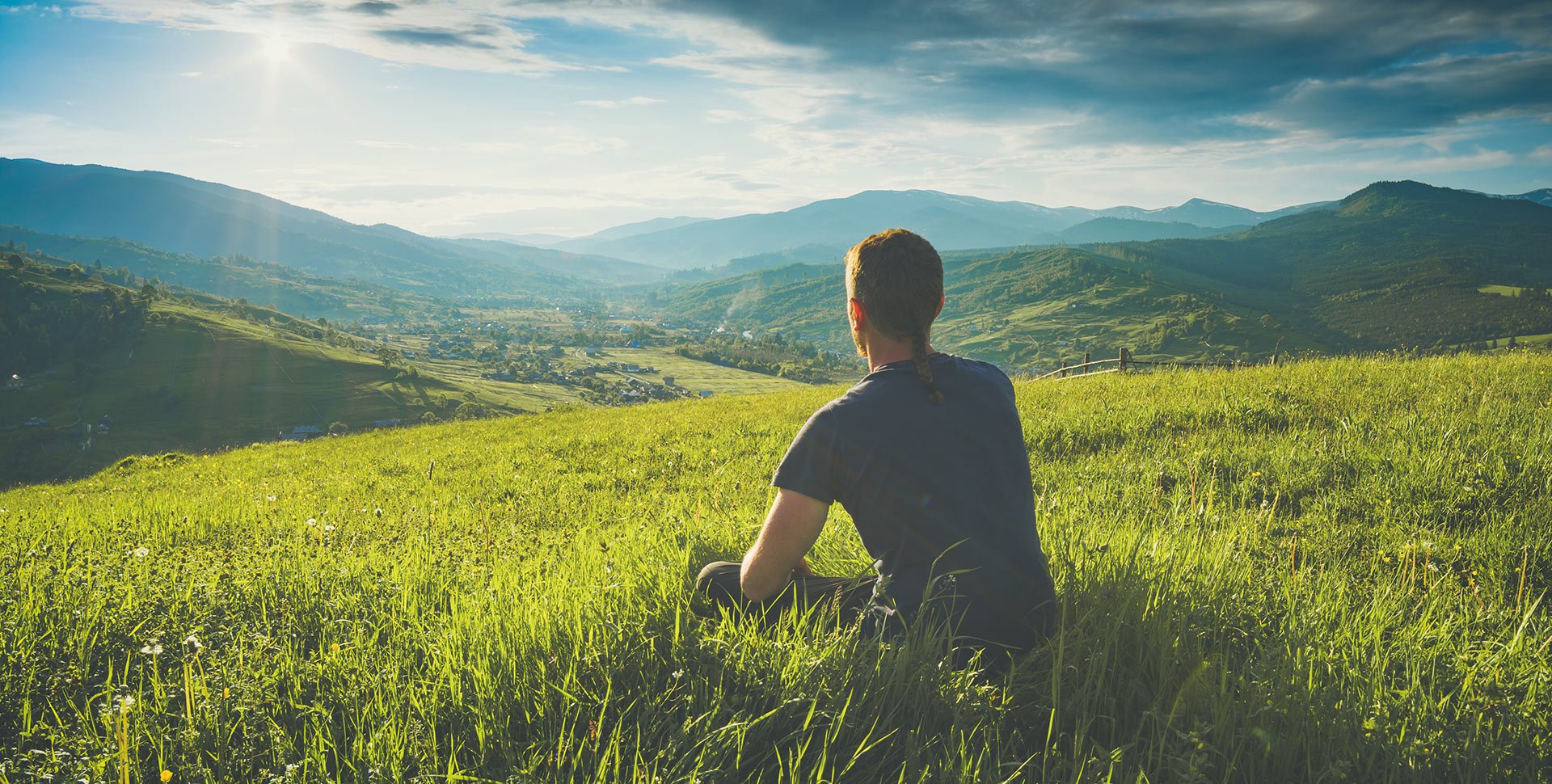 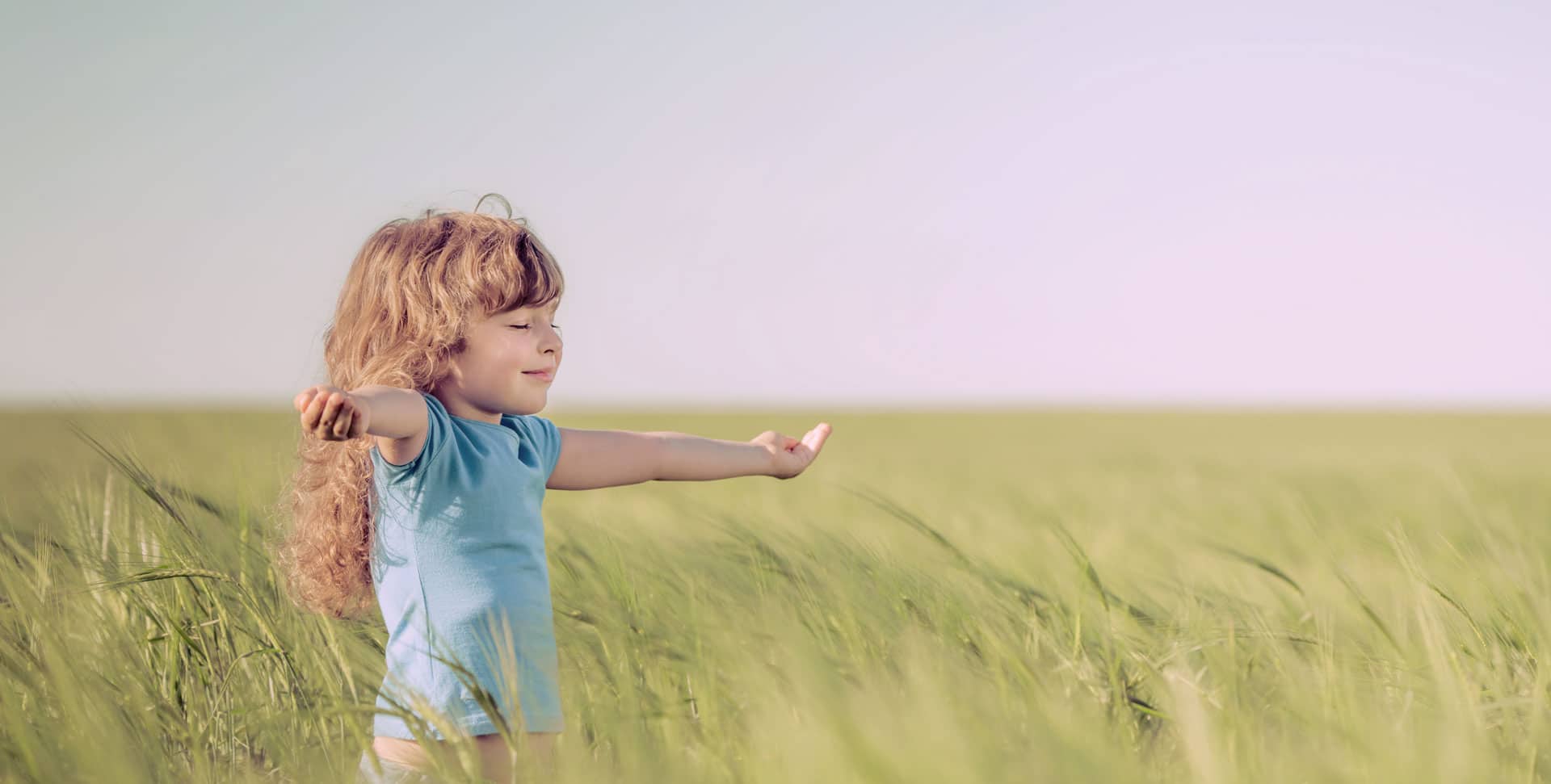 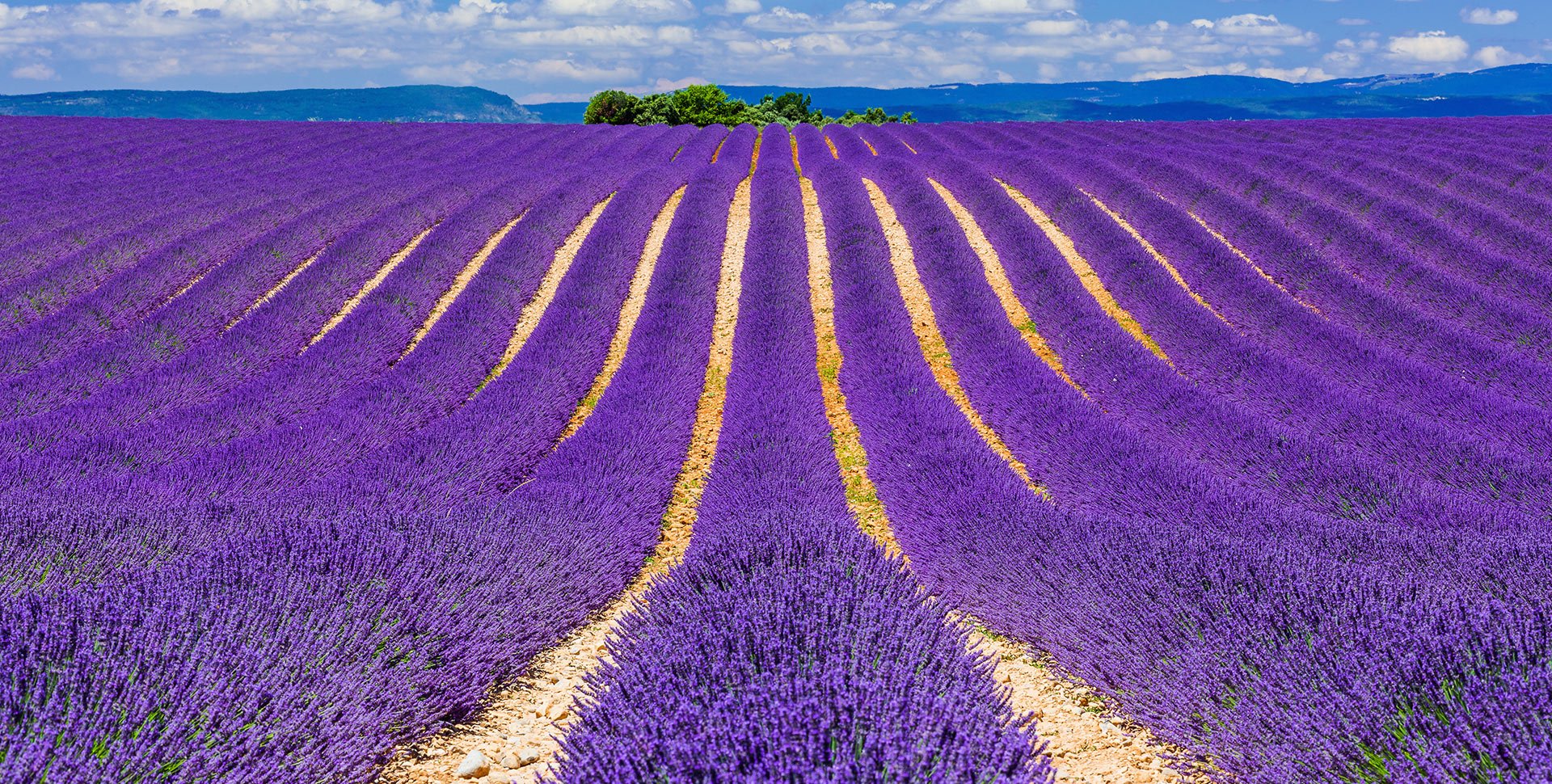 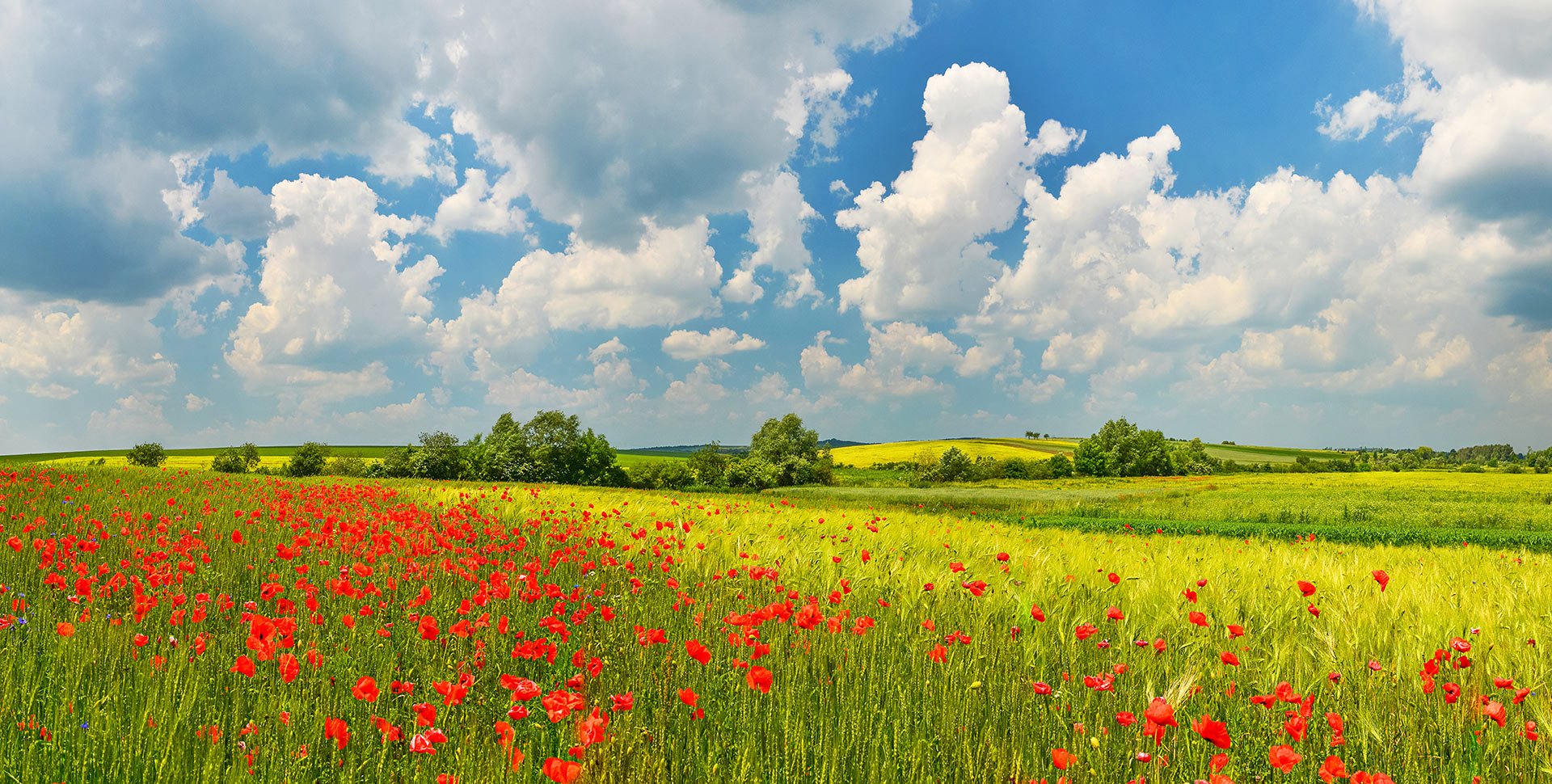 Do you need support managing your mental health symptoms so that they stop dominating your life?
Get in touch today to book a no-obligation call with one of our medical secretaries. Call us on 02071180407 or check out our online therapy services.
02071180407

Discover how you can remove unwanted thoughts and anxieties surrounding your trauma.

If you would like to speak with our medical secretaries, call us now on 02071180407 or click the button below.