Attention Deficit Hyperactivity Disorder (ADHD) is a neurodevelopmental disorder which tends to develop early in childhood. Typically presenting symptoms are hyperactivity, fidgeting, inattentiveness, impulsivity and distractibility, among others.

Hyperfocus and hyperfixation can be experienced by both adults and children with ADHD, though the link is considered somewhat controversial by some medical professionals. This is due to a relative lack of evidence supporting them as official symptoms, and the fact that not all people with ADHD experience these cognitive difficulties regulating attention.

But what is hyperfocus, and how does it affect children – particularly those with ADHD? In this blog post, we’ll examine more closely what hyperfocus is, and discuss how it differs from hyperfixation. We’ll consider the various ways hyperfocus can affect children, before outlining some strategies to help them manage better.

Please note: neither hyperfocus nor hyperfixation habits are exclusively ADHD-related symptoms, and links can be drawn to a number of other childhood mental health conditions, such as autism or Obsessive-Compulsive Disorder (OCD). With that said, this post will consider hyperfocus especially as it relates to ADHD in children.

Hyperfocus can be described as a temporary state of intense, sustained attention in a specific task or activity. A child who experiences hyperfocus may become so engrossed in a task that they appear to ‘block out’ anything else happening around them, until they eventually come out of this state. For example, a child may be so absorbed in a smartphone game that they have great difficulty shifting their attention away from it (until the period of hyperfocus ends), even when a parent calls their name or speaks directly to them. This can sometimes be misunderstood as the child ignoring the parent; however it is important to remember that ADHD is not simply indifference, or a lack of attention – but rather a difficulty in directing and maintaining attention. It is possible to consider hyperfocus a symptomatic ‘opposite’ of distractibility. Depending on the nature of the activity, this hyperfocus can be deemed ‘positive’ or ‘negative’: for example, if a child is hyperfocussed on a summer project from school, spending long periods of time working on and improving it, this is likely to be viewed favourably by adults around them. On the other hand, a child who is hyperfocussed on reading a comic book is more likely to be perceived as ‘wasting time’. Hyperfocus as it relates to ADHD is believed to stem from low levels of dopamine (a ‘chemical messenger’ released by the brain in anticipation of a reward), which makes it challenging for the child to shift their focus onto under-stimulating tasks. For instance, a child who is hyperfocussed on their comic book may struggle to shift their attention to ‘boring’ chores. Typically, the child’s hyperfocus will end upon completion of the task that is demanding their attention – in this case, reading the comic book. Though there is limited medical evidence, children experiencing hyperfocus may exhibit the following symptoms:

What is Hyperfixation and How is it Different from Hyperfocus?

Hyperfixation and hyperfocus are often treated as one and the same; used interchangeably and perceived as synonymous. Though they do share the characteristic of deep and intense concentration, in fact there is a subtle yet significant difference between them. Hyperfocus varies from hyperfixation primarily in the fact that hyperfocus usually ends after a period of hours. Hyperfixation, however, is much longer-term and can last for years. For example: a hyperfocussed child may spend 5 hours painting a model train without noticing the time. A child who is hyperfixated may also do this, but their interest in trains will extend beyond the model – they may notice trains in daily life, talk about them a lot, read books or watch TV shows about them – and repeatedly come back to that theme of ‘trains’ over a much longer period of time, potentially a number of years. In the comic book scenario, where a hyperfocussed child would shift their attention to something else once they finish reading, a child with hyperfixation may continue to think deeply about the comic book even after they put it down, and find other ways to engage with it.

How Does Hyperfocus Affect Children?

This intense absorption with a task or activity can impact a child in a number of ways. Much of what is known about hyperfocus is anecdotal and comes from observed behaviours; so, while this list is by no means exhaustive, it does present some of the common effects of hyperfocus.

An apparent lack of perception of the world outside

When a child is hyperfocussed on their fixation, they often seem oblivious or indifferent to things happening around them. Their singular, deep concentration effectively ‘tunes out’ other movement, noises, voices (even people speaking to them), smells, and other stimuli.

A loss for the sense of time

Hyperfocussed children often have little perception of time moving, which is partly due to differences in how the brain perceives time. While they are engrossed with the activity, they may lose track of time, and later be unable to say if they spent 30 minutes or 3 hours performing it. Additionally, they may appear to feel like they were ‘gone’ or ‘missing’ for that time period.

Lack of attention given to basic bodily functions/needs

The target of a child’s hyperfocus may be so consuming for them that they seem to simply ‘forget to notice’ typical bodily sensations. For example, they may not realise that they are hungry, or not eat, even if food is placed near them. Alternatively, the child may not notice that they are cold, or that they need to use the bathroom.

While carrying out the task or activity, the child’s deep and intense hyperfocus may seem interminable, almost as though they are drawing on an unlimited concentration supply. They may be unable to take themselves away from the task, with their attention remaining held until it ends, or something ‘jolts’ them out of it. In some situations this can lead to burnout. While the child may appear to be operating on unlimited resources of attention, in fact they can only expend a certain amount of energy before they become ‘burned out.’ For instance, a hyperfocussed child may lose track of time and stay up for hours past their bedtime working on homework, and this can cause extreme tiredness and burnout.

Hyperfocus is not necessarily a negative or harmful thing for the child. Conversely, it may be the case that, while hyperfocussed, they are able to carry out the task more effectively and more efficiently. For instance, a child who is hyperfocussed on an art project may be able to quickly create something of a remarkable standard; or, if their hyperfocus is centred on something like a video game, the child may be able to succeed at a surprising level of difficulty.

While hyperfocus can have an unhelpful influence on a child’s life (for instance, an apparent inattention to human relationships while spending excessive time on ‘unproductive’ activities), when applied to constructive tasks such as educational assignments or creative projects, it can be beneficial.

Parents may find that explaining hyperfocus as a part of ADHD is useful in helping their child manage better. Understanding when and how they hyperfocus can lead a child to become more aware of their concentration and distraction tendencies. This can help the parents and child to notice early warning signs, so they can put things in place to ensure they are taking advantage of enhanced productivity but also taking care of themselves and not burning out, or allowing other areas of their life to suffer.

Equally, clearly-defined schedules, or markers of routine (such as a regular dinner time or the end of a TV show) can be helpful in dealing with hyperfocus. The child will benefit from having a clear schedule that tells them what they need to focus on and for how long throughout their day, and they will be less likely to seek distractions if they are aware of the upcoming step of a specific routine.

Hyperfocus is not associated with ADHD alone, and much scientific thinking linking the two is based on anecdotal data. However, hyperfocus is a symptom that many children with ADHD can experience, and depending on how it is harnessed, can vary greatly in the way it affects the child.

If you think your child might be dealing with the symptoms of ADHD, or another mental health condition, and you’d like a professional medical assessment, book an appointment with Psymplicity Healthcare today. Our mental health specialists have helped thousands of adults and children dealing with ADHD, autism spectrum disorders and OCD and we provide a warm, caring approach that facilitates effective management of challenging symptoms.

How To Cope With Bereavement: Tips From Therapists 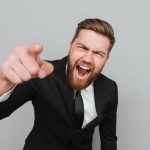 How To Support Someone Who Has Bipolar and is Angry 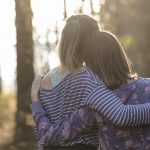 How To Support Someone With Bipolar Disorder 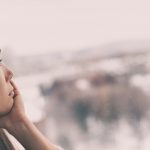 How Does Bipolar Disorder Affect You Socially? 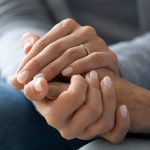 How Do I Know If I Need Grief Counselling?